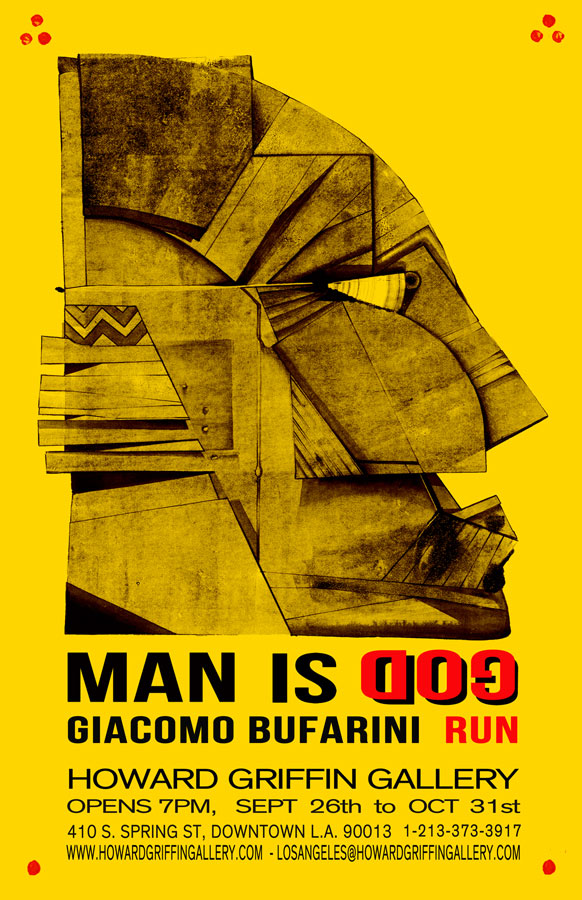 In the studio placing the final touches on his mixed media artworks for the upcoming show ” MAN IS GOD” which open on Saturday September 26, 2015 at the Howard Griffin Gallery, 410 South Spring Street, Los Angeles CA 90013 at 7PM

National Museum of Mexican art in Chicago gets ready for Friday’s opening night Day of the Dead / Ofrenda Exhibition- In the pictures below, Lisa with Zeke Pena & Dolores Mercado in front of RSD alter 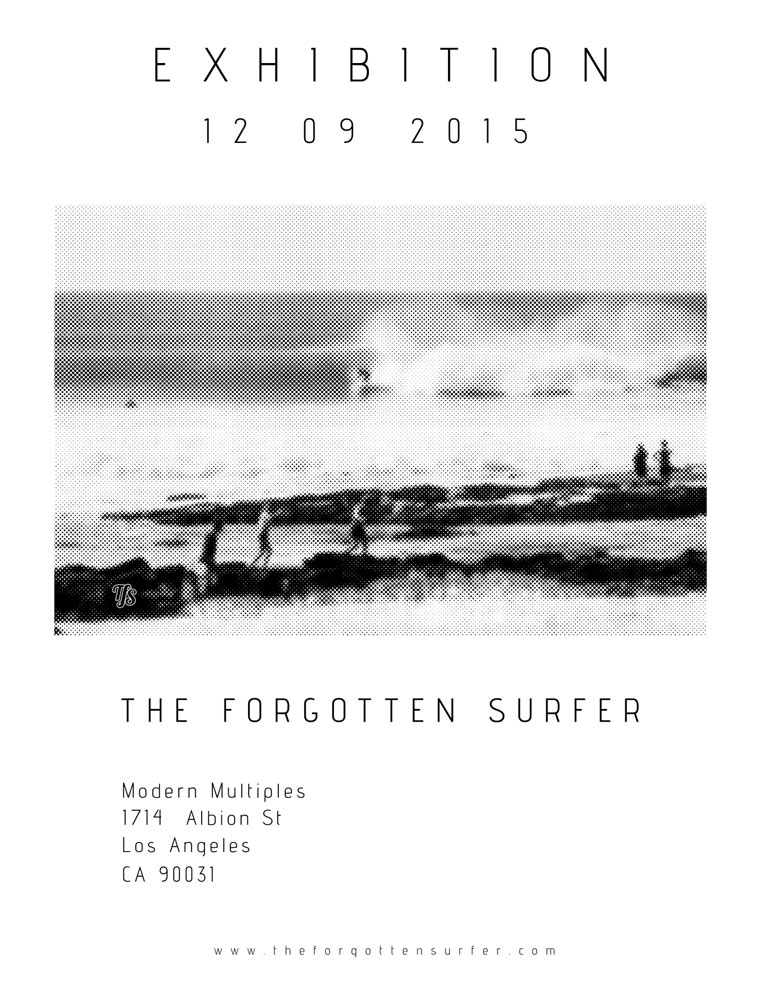 Join us this Saturday only at our studio, for The Forgotten Surfer pop-up Exhibition

You are invited to a reception at Chop Chop 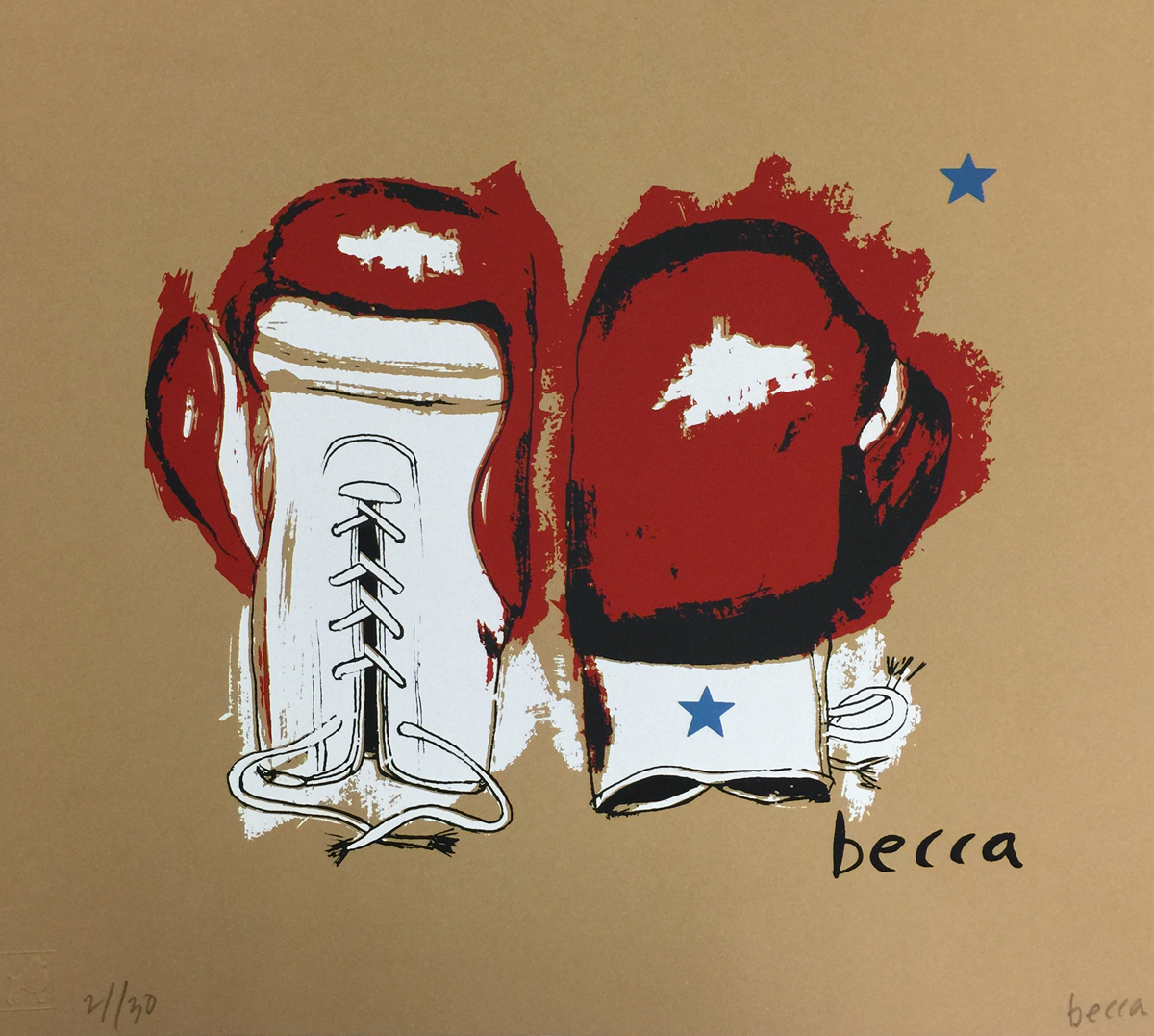 Lisa Duardo, Studio Director of Modern Multiples, and sister of Richard Saul Duardo, said. “We are so pleased and grateful that the McNay Museum in San Antonio, Texas continues to honor Richard. First, with Richard’s debut solo show in a museum, then a lecture about his work, an upcoming reception, and the two printmaking workshops open to the public. “Richard loved Harriett and Ricardo Romo and his many road trips to San Antonio.” She continued, “The Duardo family and Modern Multiples is so grateful for the San Antonio family at the McNay for their on-going support of the work produced at Modern Multiples Fine Art Studio, and acknowledging Richard’s place in the art world.”

A reception for Drs. Harriett and Ricardo Romo, for their generous contribution to the “Maestro of Pop” is open to the public will take place at the McNay on 8/26/15.

“Richard Duardo: Maestro of Pop,” exhibition opened at the McNay Art Museum on July 1, 2015, and is closes on September 6, 2015, featuring 20 of Duardo’s large-scale, vibrantly colored screenprints, some with hand coloring. All were gifted to the McNay by Dr. Richard Romo, President of the University of Texas at San Antonio (UTSA), and his wife Dr. Harriett Romo, a Professor in the Department of Sociology, and Director of the Mexico Center at UTSA. “For this show we focused on Richard’s iconic imagery of fellow artists, musicians, actors and celebrities,” said Lyle Williams, McNay curator of prints and drawings.

Lyle Williams, Curator of Prints and Drawings, discusses the late Richard Duardo and his legacy.

Pop culture icons are presented through the eyes of an artist in Richard Duardo: Maestro of Pop. Discover how the artist drew inspiration from Andy Warhol and make a screenprint based on a celebrity icon.

Limited edition by Carl Tandatnick
In 1994 Carl created a photo collage named AIDS Pyramid, the image reveals in art form A biological image of the AIDS virus.
This image comes from a CDC sample from 1993 when the virus was first identified – Click the link below and check it out!
https://modernmultiples.com/shop/carl-tandatnick/carl-tandatnickaids-pyramid/

On the third video you can see him Visiting our Modern Multiples studio on 1714 Albion street in Downtown Los Angeles.

We think Cheech is awesome.

Richard Duardo was a master printer known as the “West Coast Warhol” An exhibition of his vibrant, colorful prints is on view at the McNay Art Museum.

“A Clockwork Orange” was another of Durado’s nods to icons.
Los Angeles artist Richard Duardo paid homage to his idols in his screenprints including Frida Kahlo

With a degree from the University of Texas at Austin burning a hole in his pocket, Ricardo Romo went west in the late ’60s to take a teaching post at Franklin High School in the Highland Park neighborhood of Los Angeles, near Dodger Stadium.

One of his students was Richard Duardo.

“He was an amazing individual,” Romo, who is now president of the University of Texas at San Antonio, said recently. “He was one of the few students who really embraced my mentorship. I went to his home and met his family. It was touching that somebody cared for the new teacher.”

Duardo, who died in November at age 62 of complications from diabetes, would become (through his work at legendary L.A. studios such as Self-Help Graphics, Centro de Arte Público and finally Modern Multiples) one of the most influential figures in Latino art.

A master printer who worked with more than 400 artists, including David Hockney, Keith Haring and Shepard Fairey, Duardo also was a respected artist in his own right, known as the “West Coast Warhol.”

“Richard Duardo: Maestro of Pop,” which just opened at the McNay Art Museum, features 19 of Duardo’s large-scale, vibrantly colored master prints of cultural icons ranging from Pablo Picasso to Raquel Welch. All were donated to the McNay by Romo and his wife Harriett, a professor in the sociology department at UTSA.

“For this show we focused on Richard’s iconic imagery — of fellow artists, musicians, actors and celebrities,” said Lyle Williams, McNay curator of prints and drawings.

The exhibition features bold screenprints — embellished with Duardo’s expressive pastel markmaking — of icons such as Marlon Brando, Pablo Picasso, Audrey Hepburn, Billie Holiday, Frida Kahlo — even Miley Cyrus, in her underwear with a dartboard on her chest.

“It’s not my favorite piece in the show,” Williams said, “but I felt we had to include it because it says a lot about Richard’s personality and character. He loved to keep up with the latest in music and popular culture.”

Many of Duardo’s works — his images of Marilyn Monroe, for instance — obviously owe a debt to Warhol, and to Pop Art in general — hence the tag “West Coast Warhol.” But Warhol didn’t define him, Williams said.

“It was a nickname he was ambivalent about, I think,” Williams said. “I don’t think he was trying to emulate Andy Warhol, but they did share certain interests, in celebrity, for example. But Richard also had a great love for music and film, and he liked to pay homage to his artistic heroes. I think he was just trying to do his own thing.”

Gregarious and outspoken, Duardo “always had several pots on the stove,” Williams said.

“He lived hard, died young,” Romo said. “But he accomplished so much.”

When he died last year, comedian and art collector Cheech Marin told the Los Angeles Times: “An artist could have no better friend than Richard. Richard had a fantastic eye. He would find artists in his travels, and he knew how to promote them. For me, he was a guide and mentor.”

“Los Angeles was the place where Harriett and I fell in love with art, and Richard was our great connection,” said Romo, who rekindled his friendship with Duardo in the ’80s. “He would invite us to the studio and show us the process and introduce us to other artists. Then we would go out to dinner and talk about art for three hours. It was very exciting. The roles were reversed. He became my teacher.”

Shepard Fairey, the artist who created the iconic Obama “Hope” image, blogged last year after Duardo’s death that his friend and colleague was a mentor as well.

“Richard was enthusiastic about my work,” Fairey wrote, “and encouraged me to step up the scale and sophistication of my prints with his help. In many ways, I owe the evolution of my fine art print work to Richard’s craft and willingness to share his years of printing knowledge and range of techniques. Something I learned quickly about Richard was that he loved people and was constantly fostering artist’s relationships with each other, museums, collectors, activists and charities. If there was an art event or a progressive gathering going on, Richard was likely to be there. He was a very important part of the LA art ecosystem and deserves a major tribute.”

“Richard Duardo: Maestro of Pop” is certainly a tribute to the artist. When Romo previewed the show, he was shaken.

“It was very emotional for me,” Romo said, a tremor in his voice. “To see all his work in one room … I could feel Richard’s presence. We all miss him, but he lives on in his art.”